We were just in the Netherlands a few weeks ago and had an amazing time! We visited many places, spent time with friends and of course went to as many vegan restaurants we could during our trip. I was pleasantly surprised how vegan friendly the country is especially Amsterdam. I had a few list of restaurants I wanted to try but on our first night I saw a lot of falafel shops scattered across the city so I had to get some! 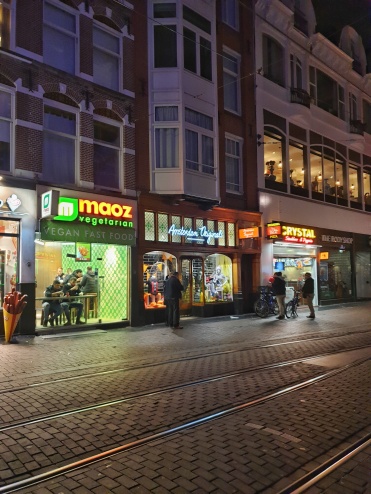 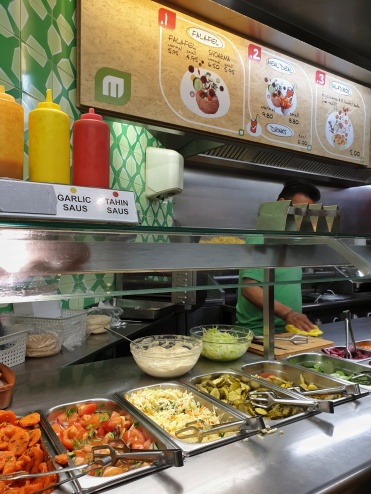 This was the chain I was talking about and it’s the perfect place to get a late night snack. It was really full when we were there so we just ate standing up. It’s not a 100 % vegan place but the falafels are vegan, they also have vegetarian shawarma but you can ask them to take out the cheese if you want. They serve other mediterranean/ middle eastern quick bites as well like hummus and baba ganoush. The prices were also cheap and you get the value for your money. You should add some fries too, they were really good!

This is a coffee chain and you can find them around Amsterdam too. We were just gonna get coffee here but when I saw their menu I just had to try their vegan options! I had a vegan bagel with vegan cheese and they were so good! Be careful in ordering coffee though the large one is so huge, I think it’s good for 3 people.

If you’re obsessed with avocados like I am, this place is a must visit! There are 2 avocado shows in Amsterdam, one was the full service experience and the To-go. I was a little sad we accidentally went to the to-go restaurant because the menu was limited. I wanted to go to the big restaurant to get the full experience but the to-go was still great! The restaurant is not 100% vegan but they have a lot of vegan options. The beetroot pizza was originally with cheese but we asked them if they can make it vegan and they were really cool about it. I would definitely go back and try out other dishes! 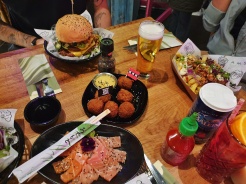 OH MY GOD! This is the most creative and delicious vegan restaurant I’ve been to. We went there twice because it was really good. Everything on the menu is vegan, even the seafood which was pretty freaky I had to admit. They made it with tapioca and seaweed extract and tasted exactly like salmon and tuna. We had burgers, bitterballen and fries- if you want an awesome cheat meal visit this junk food bar! 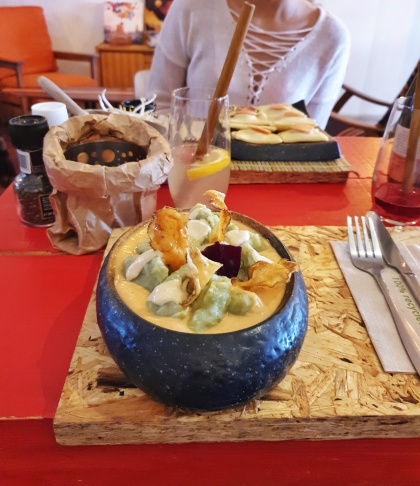 This restaurant had a very boho chic vibe and the food was really hearty. We had the vegan gnocchi, ravioli and kombucha. The sauce of the gnocchi was so good we had to ask the owner what it was. He was really friendly and shared with us how to make it, except for some secret ingredients! They are not 100% vegan, maybe 2 or 3 on the menu are vegetarian and some drinks may contain milk so you must ask ahead.

If you’re a vegan traveler, you don’t need to worry about where to eat in Amsterdam because they’re everywhere!

This site uses Akismet to reduce spam. Learn how your comment data is processed.